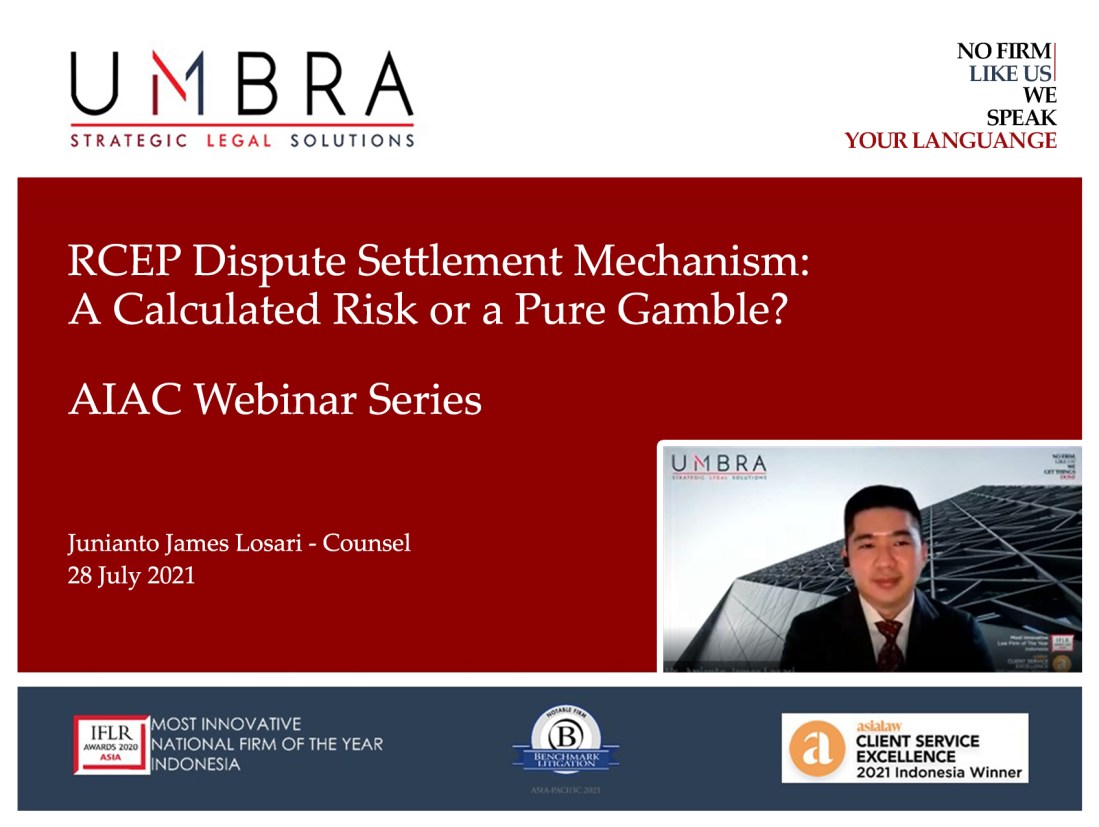 We recently participated in an international webinar held by the Asian International Arbitration Centre , titled “RCEP Dispute Settlement Mechanism: A Calculated Risk or a Pure Gamble?” where our counsel, Junianto James Losari, introduced the State-to-State Dispute Settlement (SSDS) mechanism of the Regional Comprehensive Economic Partnership (RCEP), a free trade agreement (FTA) which was signed in November 2020. Unlike other investment treaties which have investor-state dispute settlement (ISDS) mechanism, the Investment Chapter of RCEP only offers SSDS. Hence, James also compared the features in SSDS and ISDS. Through this webinar, we raised awareness of the new trends of dispute settlement mechanism in treaties and their impacts to the stakeholders (both states and foreign investors).