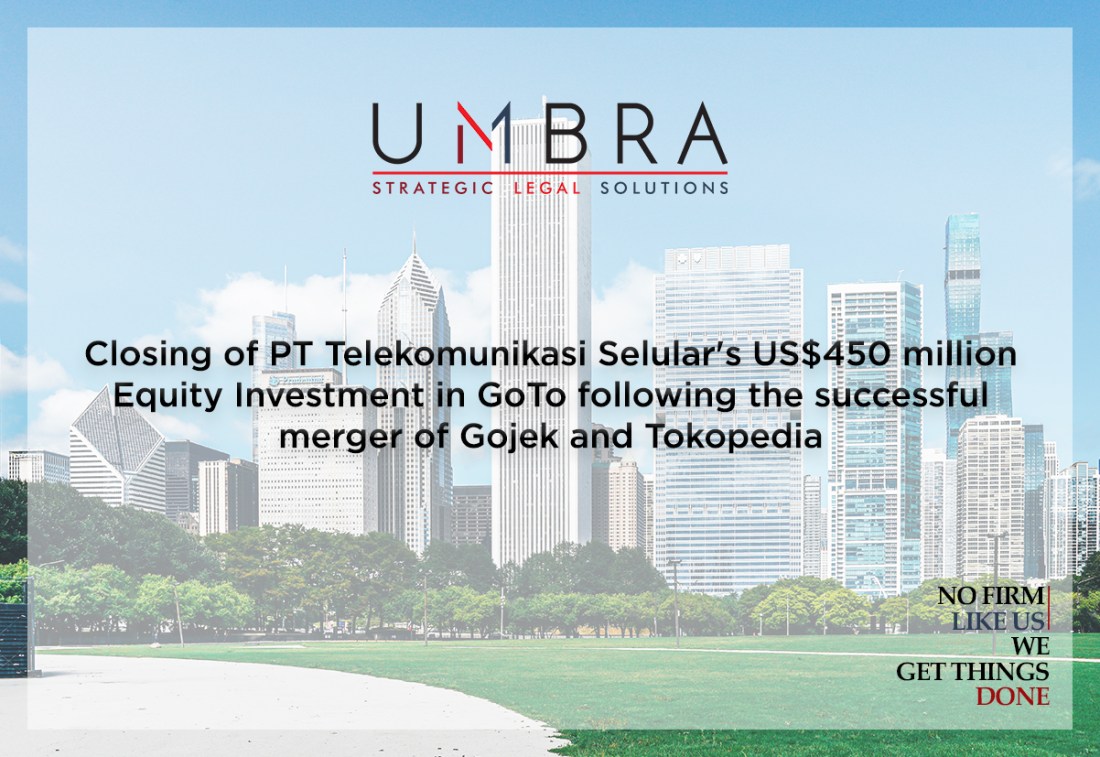 Following the completion of Gojek and Tokopedia’s merger, we would like to congratulate Telkomsel for successfully closing its US$450 million equity investment in the combined entity of GoTo involving the conversion of Telkomsel’s initial US$150 million hybrid securities and additional cash injection of US$300 million, being the largest investment to date to be made by a state-owned enterprise group in digital start-ups.

The deal will further strengthen the business and technology collaboration between Indonesia’s largest telecommunication company and highest valued digital start-up, bringing exciting new technological developments and opportunities for their consumers and stakeholders. The deal is also expected to accelerate the digital transformation of Indonesia’s business ecosystem, allowing Indonesia to become a key player in South East Asia’s digital economy market.

Led by Pramudya A. Oktavinanda and Andika Setia Budi, we represented Telkomsel in the structuring, drafting, negotiation and closing of the entire transaction including Telkomsel’s initial and subsequent investments. Congratulations again for all the involved parties, exciting times indeed for Indonesia!